Changes to our hospitals and wards visiting times and restrictions during the coronavirus (COVID-19) outbreak. Click here for more.

In July 2012, as the rest of the world eagerly awaited the start of the London Olympics, my own world fell apart.  My darling husband died in my arms in this very hospital following a major heart attack, just a few months short of our 25th wedding anniversary. I was devastated.

Having worked in the area of ‘resilience’ I knew the importance of developing coping strategies and having goals. I remember announcing to a friend that I was going to see every species of penguin in the world in their natural habitat.  I have always loved penguins and fully endorse John Ruskin’s sentiment that it is practically impossible to look at a penguin and feel angry.   My friend asked me how many penguin types there were and I felt rather foolish that I had no idea! I quickly found out and discovered that there were 17 recognised species, although this has now increased to 18!

This goal also fitted with my passion for travel and photography.  I began taking nature photographs when I was 10 years old and during our marriage my husband always said I should “do something with them”. It wasn’t until after he died, and with much encouragement and cajoling from friends, that I held my first exhibition.  I also began to travel more to build up my portfolio and rather than revisit places we had been together I focused on those that my husband had not been keen on! The arctic and Antarctica were “too cold”; Brazil was “too hot” and Borneo “too humid”.  All of these presented extreme photographic challenges, and I continued to grow and develop as both a photographer and a person.

This exhibition reflects this journey. Along the way I have seen polar bears in the arctic, brown bears fishing in Alaska, the ‘big five’ in Africa, snorkelled the Great Barrier Reef and of course continued my penguin mission!  So far I have seen 16 of the 18 species and my quest continues.

I hope you enjoy my photographs and also take heart from my story of devastation and endings leading to great adventures and new beginnings.

We only have one life so live it well.  Fill it with friends, joy, laughter – and of course penguins! 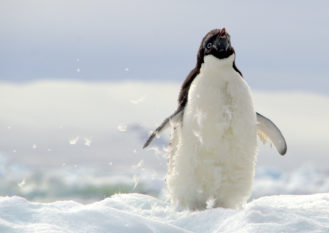 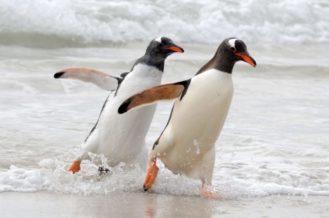 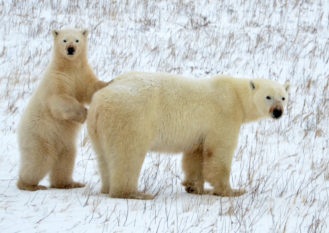